A sticky situation is emerging in Myanmar. Violence and oppression have bubbled over for decades, reminiscent to Nazi crimes against humanity played out in World War Two. Why do these atrocities continue? Why does social action come so slowly? By making observations about a Nazi ravaged village in Czechoslovakia and a Connecticut senator named Thomas Dodd, I challenge the public to become informed, to actively remember and learn from the past, and to create an informed course of action.

The fire was hungry; and at 7 a.m, some men filled pails with petrol to feed it so it would consume all of the houses. When the ashes smoldered, every single brick and stone were removed so that this place and it’s people would be erased from memory. 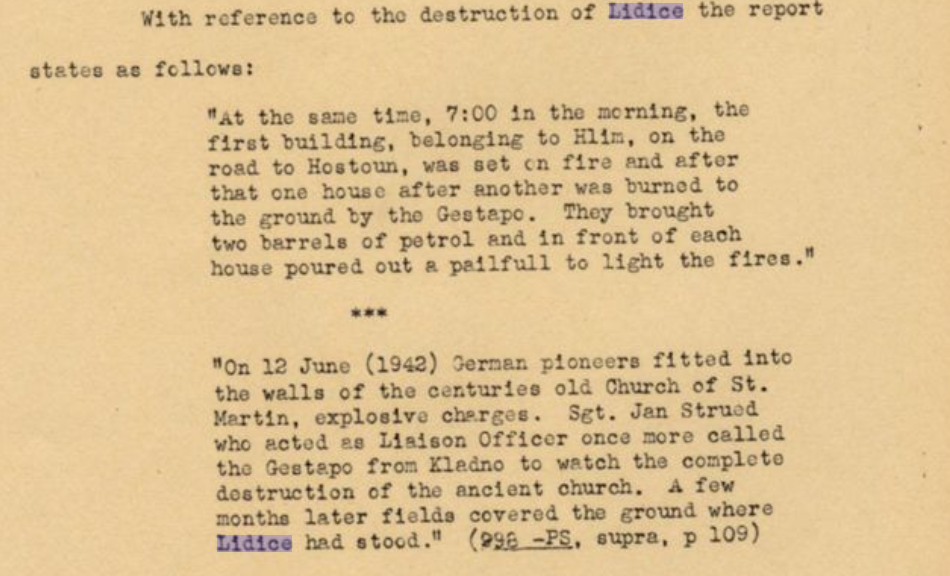 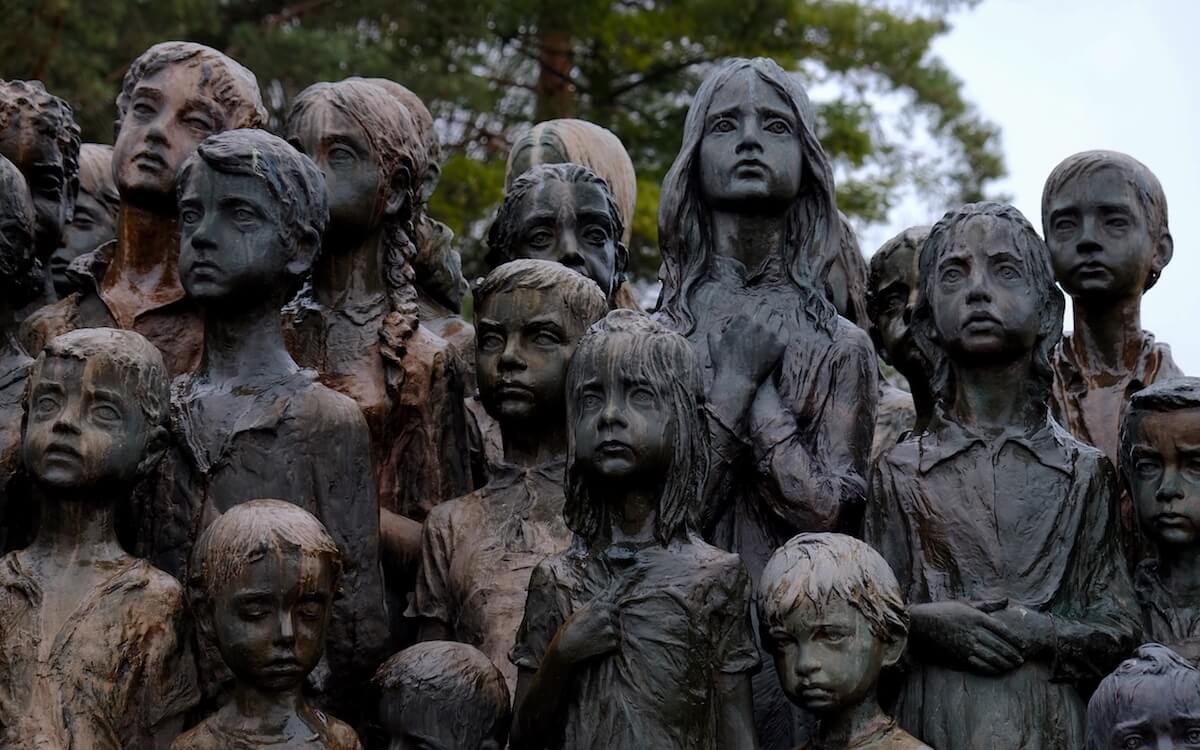 Human history is simultaneously glorious and extremely messy. The messy bits can bring us shame or break our hearts. When we face our broken pasts and walk through the cataclysmic terrain, we will emerge with courage and impetus to see society change.

Adolf Hitler wanted Czechoslovakia ravaged and exploited so Germany could grow into an empire. “It is my unalterable decision, Hitler said, “to smash Czechoslovakia through military action in the near future.” His chance to act came when two resistance fighters approached a car, slowing round a turn, and threw grenades at a high ranking Nazi named Reinhard Heydrich. Death eventually came to him through shards of metal that poisoned his blood. Hitler needed a scapegoat and he chose Lidice. SS shot the men, deported the women and, in Lidice, they stole some children and destroyed the rest,

In a letter home, US prosecutor for the International Military Tribunal, Thomas Dodd shared his thoughts about Lidice to his wife, Grace.

“…it is almost impossible to describe my feelings… The Nazis killed every male in the town, sent every woman to a concentration camp, and scattered the children all over central Europe. Then they actually obliterated the place- they built a special railroad into it to carry off every bit of rubble after they had burned and blasted everything and then they graded the whole area and planted grass and crops so there is no sign of any kind to show that there was any such place as Lidice.  It is one of the most awful crimes in the history of the world…the women of Lidice are searching Europe for their little ones…all because of Nazi fury over the assassination of that monster Heydrich and yet the people of Lidice had nothing to do with it.”

Though the town was decimated, Adolf Hitler did not obliterate the memory of Lidice. The War Office of England said, “each time [Lidice] is remembered, mankind becomes a little more determined that the thing which tried to kill Lidice shall itself be killed, shall be driven from the earth so that no Lidice will ever die again.”

How many Lidice’s have died since that town was razed and mattresses were propped against the walls to prevent ricocheting bullets while a generation of men were exterminated?

I lived and worked with an NGO called Global Child Advocates along the Thailand/Myanmar border from 2017-2020. I went there to help start a small social enterprise called Sojourn Studio to create employment that offered fair working conditions and dignified work. I care about these people and this country. 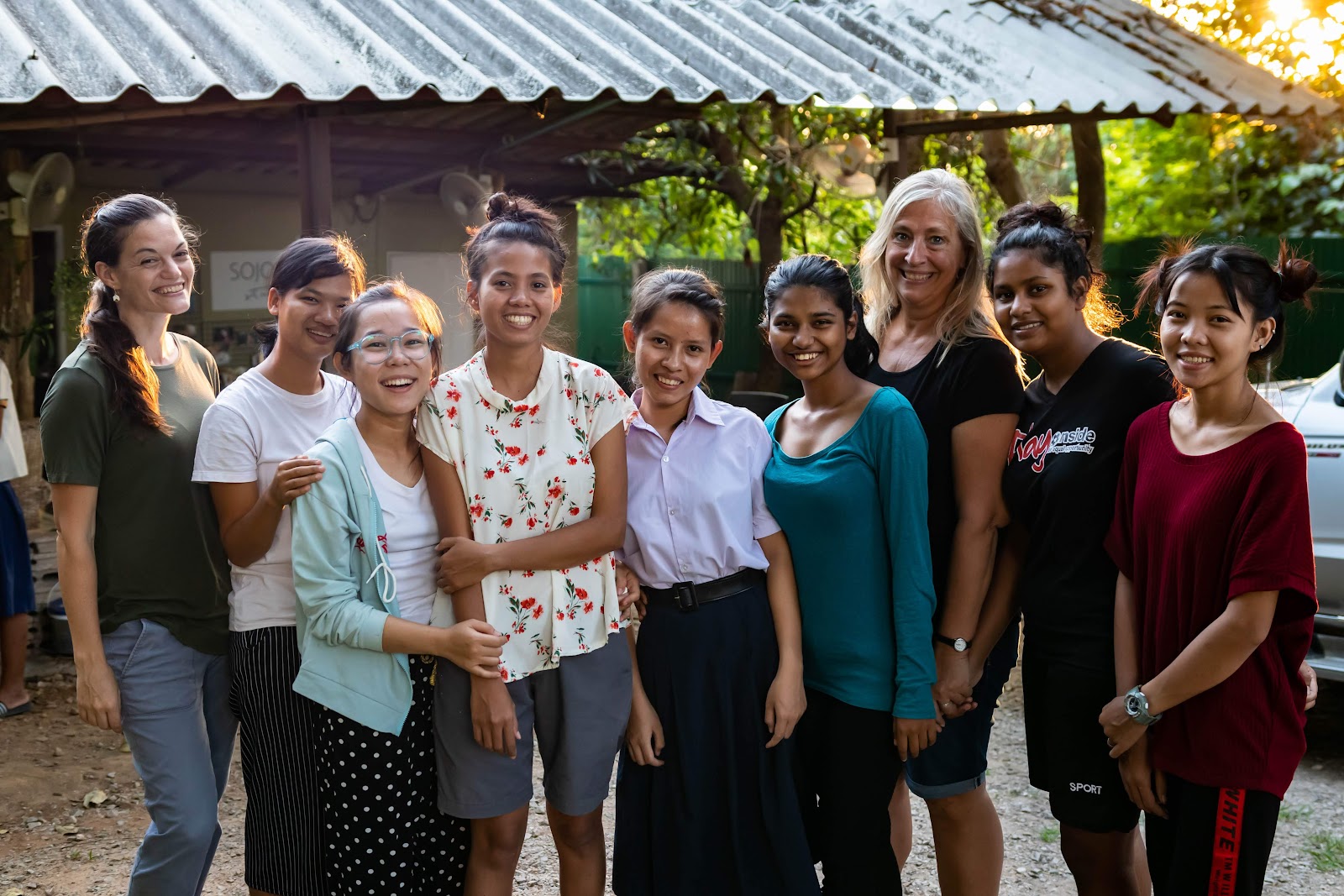 The situation in Myanmar is messy and it has been for decades. In December of 2019, the International Court of Justice (ICJ) charged Myanmar with genocide for their attacks on the Rohingya minority. Aung San Suu Kyi, the country’s leader and former Nobel peace prize winner denied allegations and defended the very same military that kept her under house arrest for 15 years. Yet the military continues to ravage its own people; the abuse of power is clear and the goal is to erase the memory of a people, just like Lidice.

On February 1, 2021, the military in Myanmar staged a coup. Eerily, their reasons will sound familiar to American ears: following an election where Suu Kyi’s party won by a landslide, the military party baselessly declared voter fraud and demanded to nullify the election. Instead of storming the capitol, the military overthrew the government. Now, Suu Kyi is detained and being charged with inciting violence while the military violently try to break up unrest. Protestors rally, using the three finger salute from Hunger games to express freedom, equality, and solidarity. 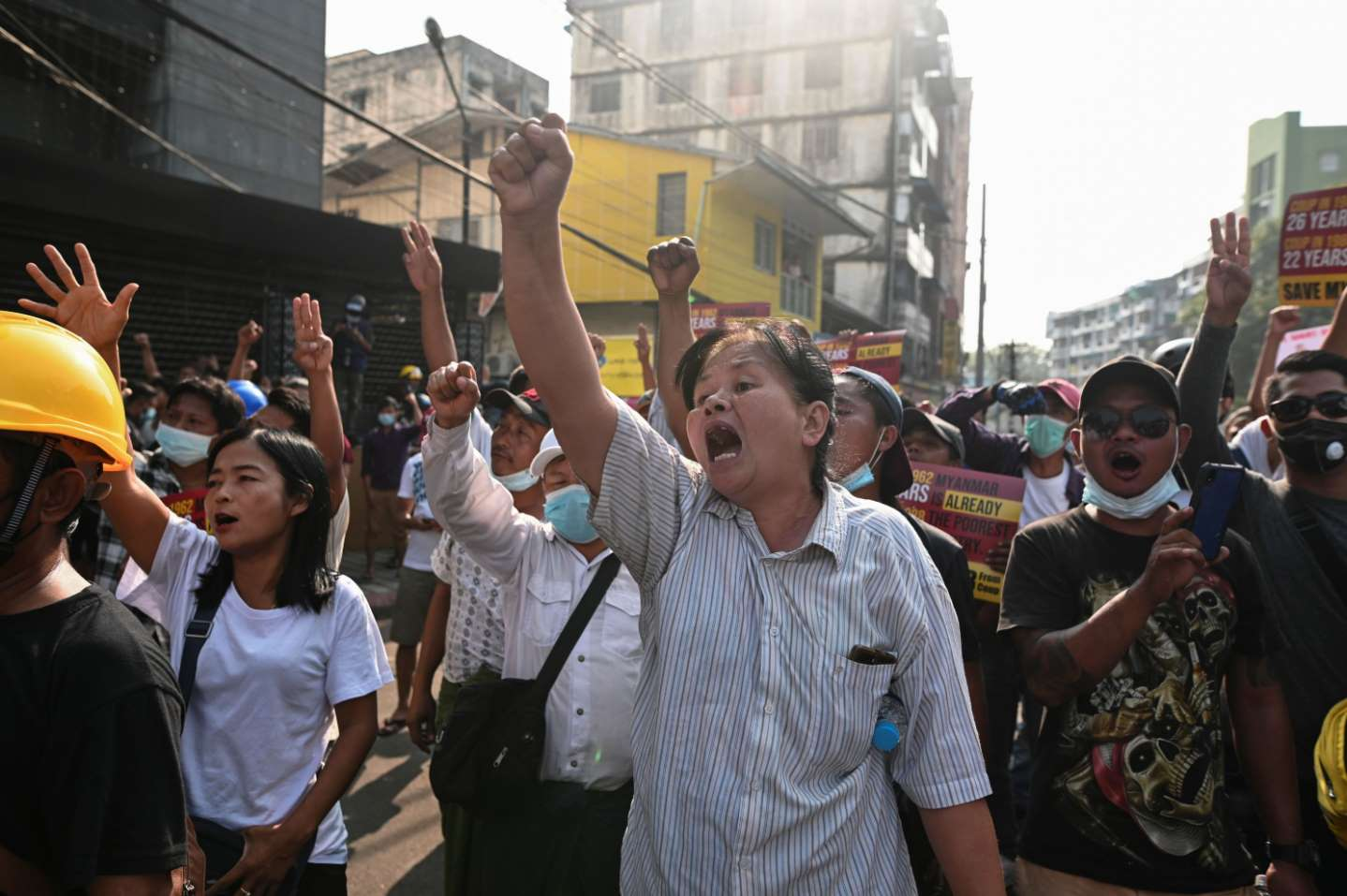 The systems of justice that Suu Kyi alluded to have toppled and there is no bulwark against the military or another Lidice. The government needs to be reshaped, not reinstated.

When Thomas Dodd learned of Lidice, he acted within his role as prosecutor at Nuremberg Trials to ensure justice. Now we know about Lidice and Myanmar and we should think about how we will support international human rights in our own vocations. What will we do in our own spheres of influence to see change?

Consider writing to our Connecticut Senators Blumenthal and Murphy, encouraging them to press for strong economic sanctions against Myanmar. This is actually the first time I’ve written to my senators. I was a little intimidated because I didn’t know how to do it but it was really easy, taking only a few minutes. Because the United States has ratified the International Covenant on Civil and Political Rights and International Convention on the Elimination of All Forms of Racial Discrimination, our government officials have a responsibility to uphold these principles. https://www.cop.senate.gov/senators/senators-contact.htm

5  Dodd, Christopher J., and Lary Bloom. Letters from Nuremberg: My Father’s Narrative of a Quest for Justice. Three Rivers Press, 2007.